It All Started When…

Right around my birthday in 2003, I found out I was pregnant.  Happy Birthday!  This was a huge day for me as a few years prior to that I had issues with Ovarian cysts and was told 27 different times that I was pregnant…while my husband and I were really trying to be.  Needless to say, I wasn’t…all 27 times.  Skip a few years to 2003 and I was feeling weak and shaky and sick for a few days, took a home pregnancy test that I had stored away in a closet and…okay…kind of a funny story…I had the test but not the box.  I had the test but not the instructions.  So I took the test and got the result…and wasn’t sure if it was positive or negative.  Did a Google search and read that it was positive but…didn’t believe it because…27 times.  Ya know? 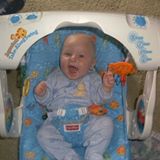 So anyway, I was on 7 different medications at the time for migraine headaches.  I called the VA and got an appointment for the following day.  Pregnancy was confirmed, migraine medications were stopped.  I was pregnant.  My pregnancy was fairly eventless other than the anemia and gestational diabetes that we could never get control of.  Labor was induced a little early because the diabetes was getting too far out of control.  Labor went okay, no significant issues.  They had to attach a heart monitor to his head before labor because they couldn’t keep his heart rate on the monitors and my blood pressure was…a bit high.  But other than that it went okay.

Now this was my first pregnancy and I had seen births on TV and stuff so I had an expectation that the baby comes out and gets handed to mom, Dad cuts the cord, there’s oohs and ahs for a minute and then baby gets cleaned up.  Maybe my expectations were wrong.  I had my mom on the phone while I was giving birth…which…was kind of weird but she couldn’t be there in person.  Anyway, baby came out and disappeared across the room before I even saw him.  Don’t know what that was about.  Maybe they were just cleaning him or whatever but they completely blocked my view of him and wouldn’t let Dad near him for a few minutes.  Finally he’s handed to me.  Other than that, birth was good.

Baby comes home two days later and mom and dad are ecstatic!  But somewhere between the hospital and the apartment, the baby decided he didn’t like moms milk anymore.  He wouldn’t eat.  So formula was bought and he started eating.  But…he wouldn’t keep it down.  Projectile vomiting became a part of everyday life and let me tell you…it was a whole lot more disgusting than it sounds.  So yeah…we’ll leave that at that.  Take the baby to his six week check up, he’s in good health.  All is good.

I go back to work when my maternity leave is over and not two days later I’m quitting my job because when the baby is home with his daddy, all he does is scream and daddy can’t take it.  So I quit and stayed home with the baby.  Then there was the 103 fever, the pneumonia, and of course the nasty eating problem.  Take him to his 3 month checkup though and I’m telling the Pediatrician,  “Something is wrong with him.  When he’s sleeping I’m hearing him gasp for  air.”  She says, “Well babies don’t get sleep apnea and the insurance  company won’t approve sleep studies for a baby anyway.  You don’t need to worry  about it.”  Mmkay.  Thank you for your time.  I’ll find a new Pediatrician, thank you very much.  This is one of those moments where if I knew then what I know now, I would have pushed and pushed until I got a sleep study done.  Even if I would have had to pay out of pocket.  I would have found a way.  I’ll explain why in another post. 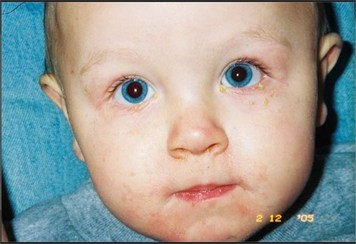 I eventually go back to work and put the baby in daycare because we couldn’t make it on my husband’s income alone.  But the daycare was calling me every week to come pick up the baby because he has a cold and daycare’s don’t keep sick kids.  I’m on the verge of losing my job, my kid is constantly sick and I don’t know why he seems to get every germ, cold, and virus under the sun…weekly.  Then the daycare calls me and says “Don’t panic Mom, but we need you to come up here.”  Me – “Okay…why?”   Them – “Well, everything’s okay, don’t worry…but the baby’s turning blue.”  Me – “WHAT?!  Is the ambulance meeting me there?”  I went and got him, his lips were bluish and under his fingernails were blue.  I took him to the doctor, he’s diagnosed with Asthma, he’s put on steroids.

Three weeks later I’m calling the ask a nurse line and saying, “Hi, my 6 month old has been laying in his bed for 9 hours wide awake and staring at the ceiling.  He’s breathing but he’s not moving.  Something’s wrong with him.”  He was lethargic and taken off the steroids immediately.  Regular breathing treatments were started several times a day for the asthma diagnosis.  Yeah that was fun.

Even with the breathing treatments, the blueness kept happening and he was still  constantly sick.  On top of that we found out that the rashes on his face were caused by fruits.  He’s apparently allergic to citrus fruits.  Because of the blueness, the Pediatrician sent us to the Cardiologist.  They  did an ECG and found nothing at all wrong with his heart.  She referred us  to the Pulmonologist.  He found that the baby had obstructive apnea.   At a year and a half old, he had surgery to get his tonsils and adnoids  removed.  And he didn’t have asthma.  From that point on…no more blueness and no more colds!   WoooHoooo!  I now have a healthy toddler.  Maybe?  A few months later, mom and baby move to Florida where the saga really begins.  Stay tuned…